Dec 10, 2020
The Bushwick Starr presents: VICHITRA: In Order to Become 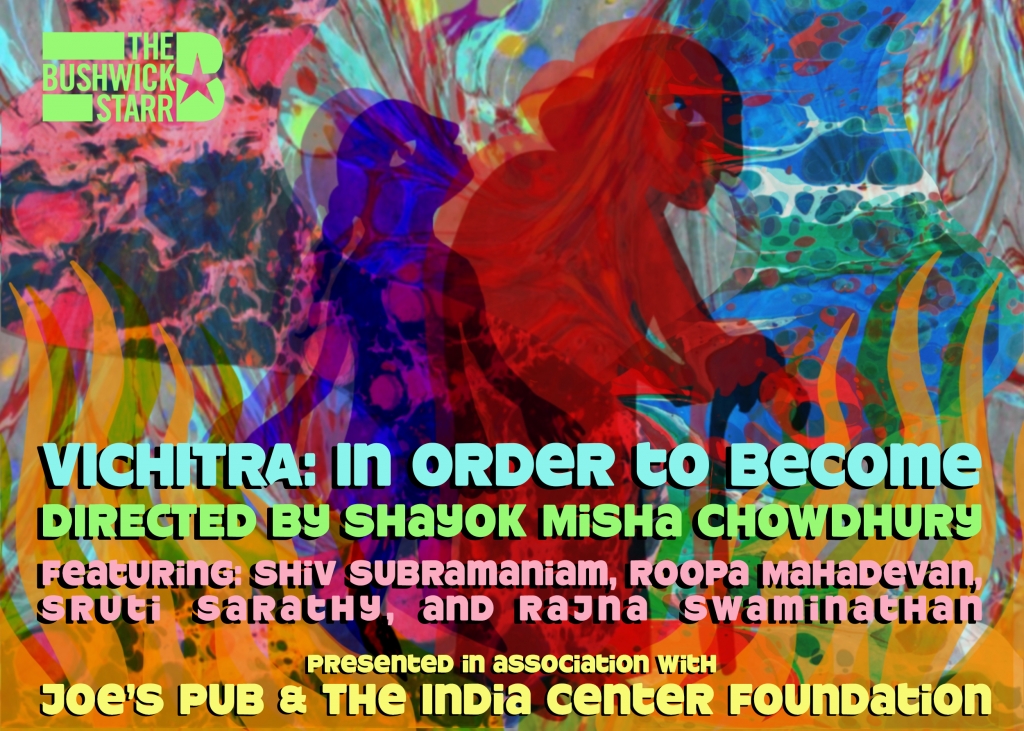 The India Center Foundation is thrilled to partner with The Bushwick Starr and Joe’s Pub in presenting In Order to Become, the fourth episode of VICHITRA, an ongoing experiment in queer South Asian imagination created by writer/director Shayok Misha Chowdhury (MukhAgni at Under the Radar, How the White Girl Got Her Spots and Other 90s Trivia at Joe’s Pub, Project Number One Artist-in-Residence at Soho Rep). The project has been commissioned and presented by Ars Nova, HERE Arts Center, Joe’s Pub, Prelude Festival, Dixon Place, and National Queer Theater.

VICHITRA is a word that, in many South Asian languages, means multiply. Its definitions include “strange”, “weird”, “grotesque”, the opposite of “art”, but also “striking”, “flamboyant”, “many-colored”, “miscellany”, “heterogeneous”, and “diverse”.

​In Episode One, ​An Anthology of Queer Dreams​, we eavesdrop on LGBTQ+ South Asian folx from across the world through anonymous, intimate, intricate recollections of their dreams.

Episode Two, ​Englandbashi​, is a contemporary ghost story about taking reincarnation (too?) seriously.
In Episode Three, ​The Other Other​, a queer interracial couple attempt to situate their relationship in a larger constellation of Black and Desi encounters.

In Episode Four, ​In Order to Become​, Carnatic classical music is the shapeshifting protagonist. Drawing upon their own queer readings of ancient Tamil stories, poetry, and musical forms, a group of artists in the diaspora create new Carnatic compositions about desire and transformation. A king longs to be an awkward bird. A young girl prays to be changed into an old woman. The violin reaches toward the human voice, and the voice reaches toward the drum.

07:00 PM-09:00 PM
Get involved
Partner Donate
We thrive on community and collaboration. As a dynamic organization, we invite you to help us grow and support our work in a variety of ways.