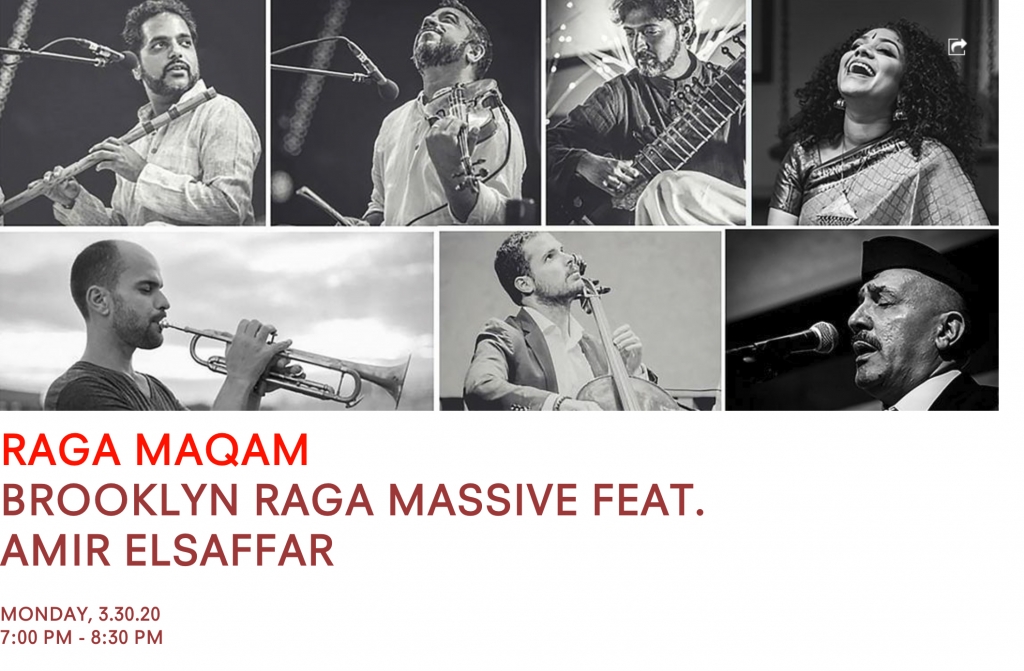 Dear Friends, we are thrilled to be producing a work in progress show of the brilliant Raga Maqam collaboration of new work between Amir ElSaffar and Brooklyn Raga Massive at The Rubin Museum in New York on March 30.
————————————————————–

For centuries, Maqam has been the tonal language of Arab, Turkish, and Persian traditional music, while Raga is practiced throughout the Indian subcontinent. The two modal systems have developed independently of one another according to specific rules and structure. Yet, there are many commonalities and cross-influences, as both traditions emphasize improvisation, resonance, and devotion.

As this project develops Amir ElSaffar, Arun Ramamurthy and an all-star ensemble of 9 fellow musicians explore and uncover intersections between these ancient, profound musical languages as they change through time.

Join a pre-concert discussion about the history of the raga and maqam music styles in the Rubin café at 6:15 PM. Free with concert ticket.

The project Raga Maqam is produced by The India Center Foundation.

This program is supported, in part, by public funds from the New York City Department of Cultural Affairs, in partnership with the City Council.

Praised by the Wall Street Journal for “expanding the notion of what raga—the immersive, epic form of Indian music—can mean” and dubbed the “leaders of the raga renaissance” by the New Yorker, the fun-loving members of the Brooklyn Raga Massive collective have made huge waves for “preserving the past while blurring genres in an inventive spirit” (New York Times). Brooklyn Raga Massive is dedicated to education, engaging in workshops, in-school programs, private teaching, and various community activities to share their love for music.

07:00 PM-08:30 PM
Rubin Museum of Art
150 W 17th St, New York, NY 10011
See location in map
Get involved
Partner Donate
We thrive on community and collaboration. As a dynamic organization, we invite you to help us grow and support our work in a variety of ways.