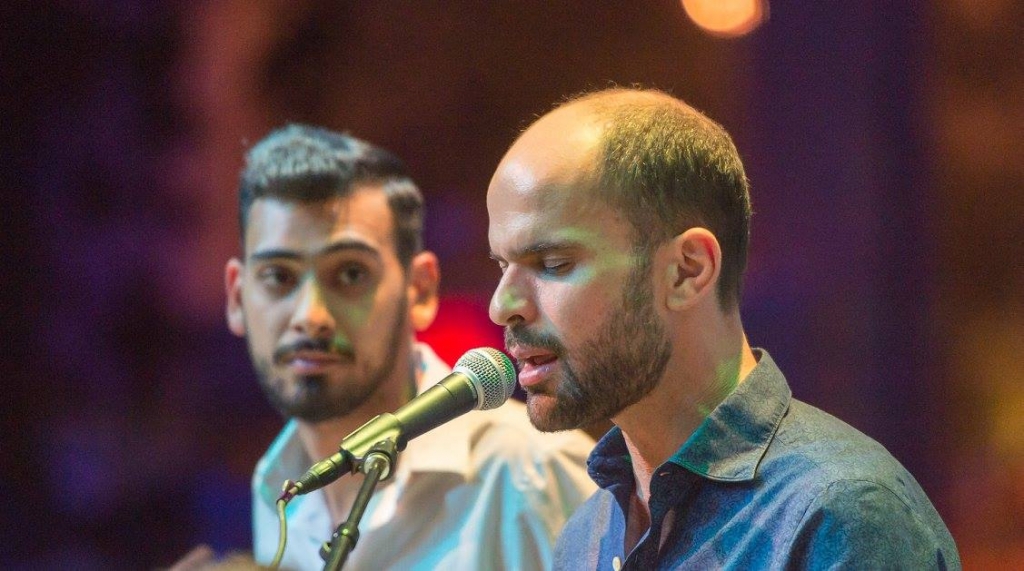 For centuries, both Indian raga and Iraqi maqam have been the traditional music forms of expression for people from the Middle East to India. The two improvisational forms evolved along their own lines yet share musical commonalities, both rich in resonance and devotion. In this new collaboration and inaugural event in the Outside (In)dia series, Amir ElSaffar and Brooklyn Raga Massive explore and uncover new intersections between these ancient, profound musical traditions.

American trumpeter, santur player, vocalist, and composer Amir ElSaffar has distinguished himself with a mastery of diverse musical traditions, including Iraqi maqam. A recipient of the 2013 Doris Duke Performing Artist Award, ElSaffar has been described as “uniquely poised to reconcile jazz and Arabic music without doing either harm,” (The Wire) and “one of the most promising figures in jazz today” (Chicago Tribune).

Presented in collaboration with The India Center Foundation and Brooklyn Raga Massive.

07:30 PM-09:30 PM
David Rubenstein Atrium at Lincoln Center
61 W 62nd St, New York, NY 10023
See location in map
Get involved
Partner Donate
We thrive on community and collaboration. As a dynamic organization, we invite you to help us grow and support our work in a variety of ways.