Sep 22, 2019
Lakshmi Shankar: A Musical Evolution In One Night 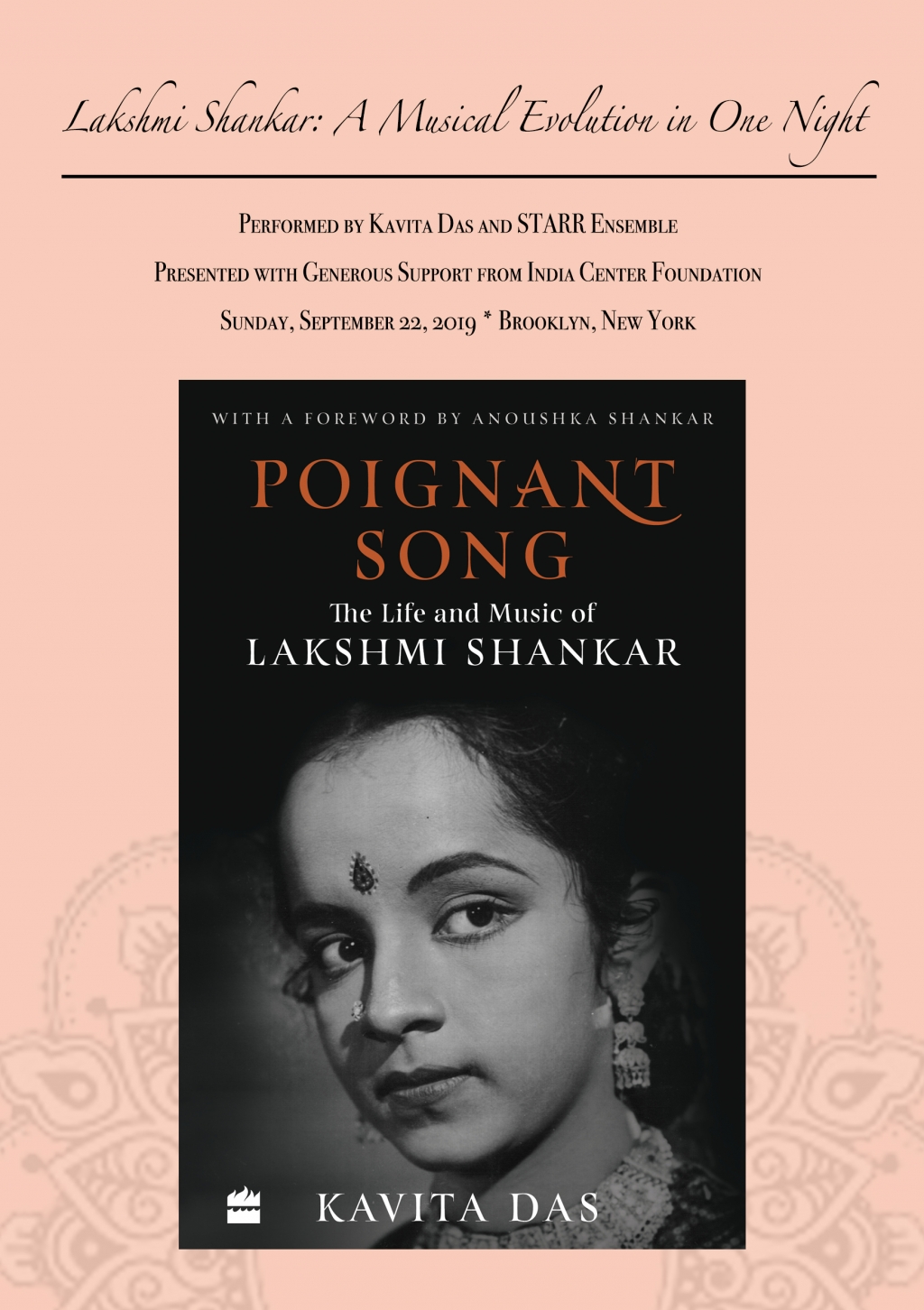 Lakshmi Shankar: A Musical Evolution In One Night.

A storytelling music production created and performed by Kavita Das along with the STARR Ensemble. Presented by The India Center Foundation.

Lakshmi Shankar was born into a South Indian family in a small town in India, flouted social conventions to learn Bharatnatyam and dance as a teenager in the country’s most innovative dance troupe, lent her voice to the award-winning film Gandhi, and earned a Grammy nomination for her Hindustani classical music and legions of fans the world over. Her story offers a new perspective on the journey of Indian music to the West, – that of an Indian female musician. And her more-than-seventy-year career, spanning both South and North Indian musical traditions, as well as pop and fusion, offers the chance to explore Lakshmi Shankar’s evolution as an artist and how these varied traditions came together in her.

STARR Ensemble (Sisterhood of Trina, Amali, Roshni, and Roopa) consists of talented women artists from the South Asian diaspora including violinist Trina Basu, vocalist Roopa Mahadevan, tabla player Roshni Samlal, and cellist Amali Premawardhana. Taking from their rigorous training in Indian classical, jazz, western classical, folk, and other genres, they bring to their music an emotional sensitivity, authentic approach to improvisation, and openness to new forms. They are part of the Brooklyn Raga Massive music collective as well as several other group and solo music projects.

04:30 PM-08:00 PM
Private Location
Get involved
Partner Donate
We thrive on community and collaboration. As a dynamic organization, we invite you to help us grow and support our work in a variety of ways.