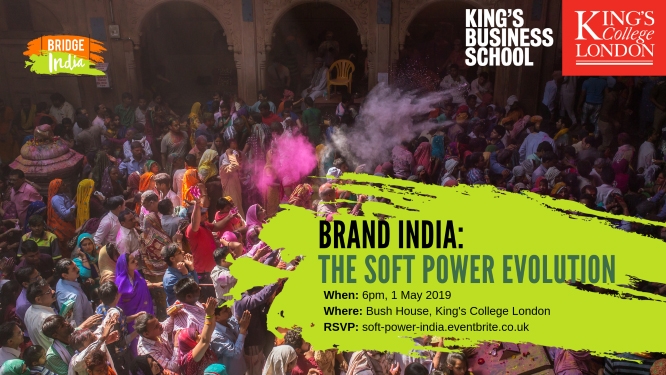 As a recent conference by the India Foundation and the Indian Council for Cultural Relations (ICCR) in Delhi showed, soft power is playing a greater role in India’s foreign policy. PM Narendra Modi’s Wembley show in November 2015 showed just how strong a brand India could become. Daily Telegraph journalist Radhika Sanghani said at the time “Modi has managed to connect with young British Indians in a way other Indian PMs haven’t been able to in the past – he’s been in touch with all generations and his use of social media makes him seem like a ‘modern PM”.

But soft power is a catch-all phrase and India is far behind the coordinated global approach of others such as the British Council and Goethe Institute. It can mean promoting a country through cuisine, its people, public diplomacy, art and culture, performing arts, yoga, craft and design, cinema, Ayurveda, education, spirituality, tourism, language and literature and more.

Where is India placing increasing emphasis and what factors have influenced this? Is the focus on India’s soft power on a global stage enough, or does India still undersell itself? How could this change over the coming few years?

Come meet expert panellists from the world academia, arts and politics talk about what they see as India’s evolving soft power diplomacy. Panellists include:

This event is organised by King’s College London and Bridge India, a new progressive non-profit think tank dedicated to discourse on public policy for the betterment of India.

06:00 PM-07:45 PM
Bush House
30 Aldwych King's College London London WC2B 4BG United Kingdom
Get involved
Partner Donate
We thrive on community and collaboration. As a dynamic organization, we invite you to help us grow and support our work in a variety of ways.